Report on the CW Outreach at Devon County Agricultural 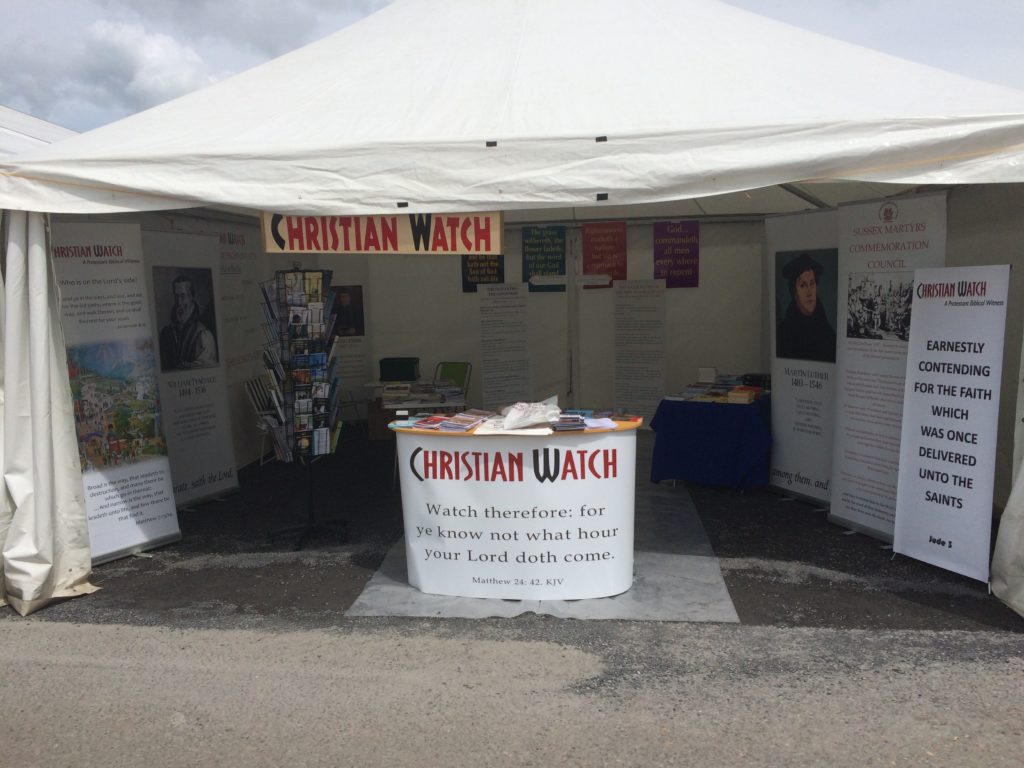 The attendance of Marcus Brockes and myself at the Devon Show this year was something of a first for Christian Watch. In previous years, we have exhibited and witnessed at CRE Exeter, Cornwall, Sandown, Birmingham, Manchester and London; while many years ago Northern Ireland was a chosen venue.

It was therefore a happy surprise to see so many visitors attend, especially so when considering the weather – heavy showers with intermittent sunshine. It is said that over 95,000 attended over the three days.

Our stand was located in a busy thoroughfare. The Protestant Alliance were also represented at the show and we were able to assist them by distributing some copies of the Reformer magazine.

Almost opposite to us was the Jehovah Witness area. 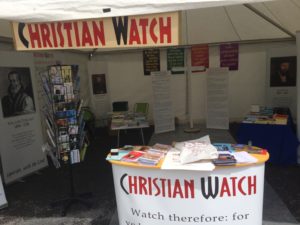 Their presence was not really a distraction, but initiated some useful conversations and comparisons. One particular man came to our stand who had been in the JW cult for some 30 years. He had seen the errors in such a Movement, yet could not break free in his mind from their destructive teaching. He explained that he was, spiritually speaking, in a thick fog when he tried to pray. We did spend some time with him and it seemed he left genuinely thankful for the help we were able to give.

We had many opportunities to present the Gospel, but some stand out in the memory more than others. A lady visited the stand in the company of her son and daughter; both were soon to sit an examination in Theology and their mother wanted to talk about the Christian religion generally. She was very sympathetic to what we had to say, as were her children. 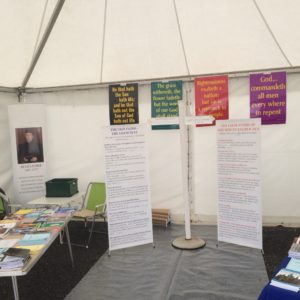 It was explained that, although head knowledge was useful, it was infinitely preferable to know the Lord Jesus Christ personally. They agreed with this and when we assured them of our prayers – that not only would they be successful academically – but also come to saving faith in Christ, the girl began to well-up with tears, as did her mother…. and, I would add, we did too!

Very little real opposition was encountered, and we left tired but hopeful that our labour had not been in vain in the Lord. To Him alone, who does glorious things, we offer thankful praise.