Report on the Outreach at Ardingly Agricultural Show

In writing these reports about our presence at the Exhibitions, it is always essential to remember that our main aim is one of witness to our God and Saviour and to present the Gospel to as many as possible. Living, as we do, in a time when Biblical truth is largely trodden underfoot and the true Gospel distorted, not to say even despised, then the need for faithfully contending for the faith is even more necessary in our day. Therefore, the more of the population we can reach with the Word, based on personal testimony, is to be sought for. Well, we certainly seemed to achieve in a large measure this aim at Ardingly this year. Our stand was, happily due to a last minute (providential) re-arrangement, situated on a busy thoroughfare, almost opposite the entrance to a fairground where many with their children were headed. Consequently, we were able to offer a goodly amount of Christian literature to the passer-by; children’s books quickly ran out.
While some rejected the offer, quite a number responded politely and, even others, enthusiastically. Long conversations were had with a variety of people, some quite bizarre; such as a traditionally dressed Sikh woman who was amazed by some of the things she was told were in the Scriptures. She was quite astounded that God had, as is recorded in Genesis, sent a mist to water the earth. After a lengthy discussion, having arrived seemly full of her own false knowledge with which to put us right, she left quite challenged and thoughtful. Prayers, I hope, will be made for this very confused and mystically inclined lady.
Another useful conversation was held with the man from the next Stand who stated he was not very religious. However, after some time of explaining that religion does not save, but Christ alone with faith in Him, he went away to his Stand thoughtful and, I believe, challenged.
Many contacts, such as those above, were made by Marcus Brockes, David Ansell and myself during this Exhibition. Due to the addition of David with us this year, Marcus and I, who are both feeling the effects of age, could have some time off. The spirit is willing, but the legs become weak.
All in all, we came away tired as usual, but happy in the knowledge that we, poor unprofitable servants, had been given again the opportunity to witness for Jesus, our Lord and King. How soon do we waver and fail Him! 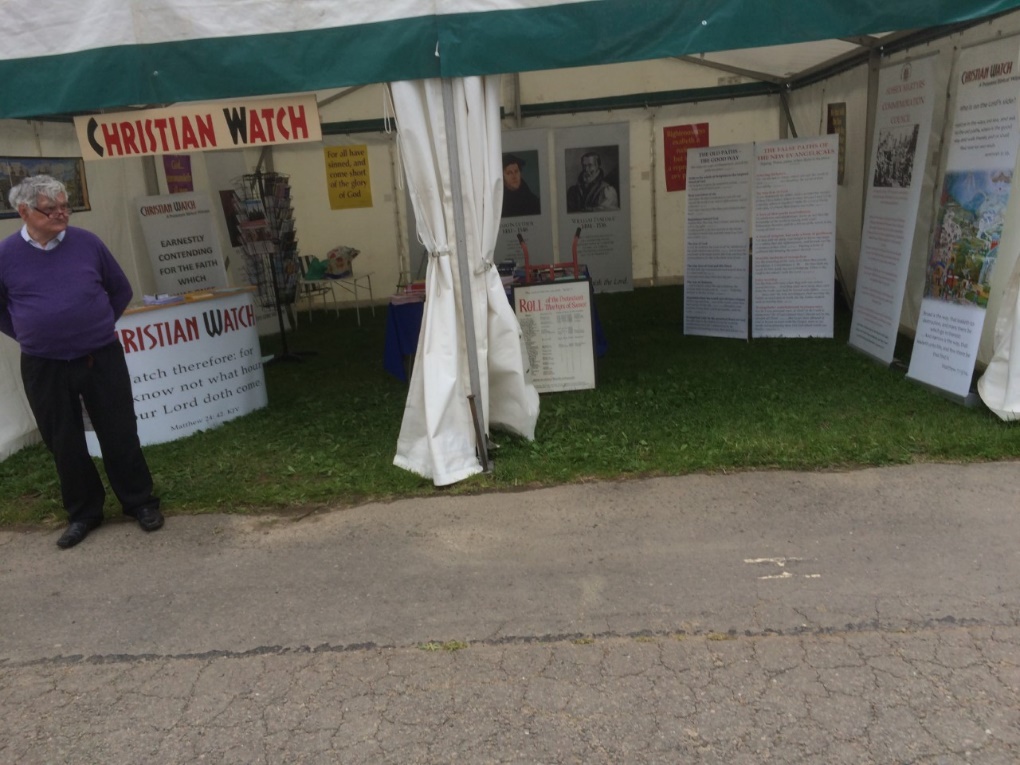