(Part 1 reminded us that true Christianity is ‘a fight’ against the flesh, the world and the Devil. Part 2 shows how Christians are to fight.) 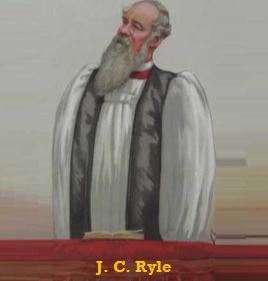 True Christianity is the fight of faith
In this respect, the Christian warfare is utterly unlike the conflicts of this world.It does not depend on the strong arm, the quick eye, or the swift foot. It is not waged with carnal weapons, but with spiritual. Faith is the hinge on which victory turns. Success depends entirely on believing.
A general faith in the truth of God’s written Word is the primary
foundation of the Christian soldier’s character. He is what he is, does what he does, thinks as he thinks, acts as he acts, hopes as he hopes, behaves as he behaves, for one simple reason – he believes certain propositions revealed and laid down in Holy Scripture. “He that cometh to God must believe that He is, and that He is a Rewarder of them that diligently seek Him” (Heb. 11:6).
A religion without doctrine or dogma is a thing which many are fond of talking of in the present day. It sounds very fine at first; it looks very pretty at a distance; but the moment we sit down to examine and consider it, we shall find it a simple impossibility. We might as well talk of a body without bones and sinews. No man will ever be anything or do anything in religion, unless he believes something. Even those who profess to hold the miserable and uncomfortable views of the Deists are obliged to confess that they believe something. With all their bitter sneers against dogmatic theology and Christian credulity, as they call it, they themselves have a kind of faith.
As for true Christians, faith is the very backbone of their spiritual existence. No-one ever fights earnestly against the world, the flesh and the Devil, unless he has engraven on his heart certain great principles which he believes. What they are he may hardly know, and may certainly not be able to define or write down; but there they are and, consciously or unconsciously, they form the roots of his religion. Wherever you see a man, whether rich or poor, learned or unlearned, wrestling manfully with sin and trying to overcome it, you will be sure there are certain great principles which that man believes. The poet who wrote the famous lines