Showing the state of our nation in the light of God’s Holy Word and informing Christians about the possible loss of their religious liberties from current and proposed developments within the UK and European Union.

Please take a moment to read more about us and what we do.

William Tyndale and the Preciousness
of the Word of God

THE WORD MADE FLESH

“And the Word was made flesh, and dwelt among us (and we beheld His glory, the glory as of the only begotten of the Father), full of grace and truth”. (John 1:14)

The passage of Scripture now before us is very short, if we measure it by words. But it is very long, if we measure it by the nature of its contents. The substance of it is so immensely important that we shall do well to give it separate and distinct consideration. This single verse contains more than enough matter for a whole exposition.

The main truth which this verse teaches is the reality of our Lord Jesus Christ’s incarnation, or being made man. John tells us that “the Word was made flesh, and dwelt among us.”

The plain meaning of these words is, that our divine Saviour really took human nature upon Him, in order to save sinners. He really became a man like ourselves in all things, sin only excepted. Like ourselves, He was born of a woman, though born in a miraculous manner. Like ourselves, He grew from infancy to boyhood, and from boyhood to man’s estate, both in wisdom and in stature (Luke 2:52). Like ourselves, He hungered, thirsted, ate, drank, slept, was wearied, felt pain, wept, rejoiced, marvelled, was moved to anger and compassion. Having been made flesh, and having taken a body, He prayed, read the Scriptures, suffered being tempted, and submitted His human will to the will of God the Father. And finally, in the same body, He really suffered and shed His blood, really died, was really buried, really rose again, and really ascended up into heaven. And yet all this time He was God as well as man.

This union of two natures in Christ’s one Person is doubtless one of the greatest mysteries of the Christian religion. It needs to be carefully stated. It is just one of those great truths which are not meant to be curiously pried into, but to be reverently believed. Nowhere, perhaps, shall we find a more wise and judicious statement than in the second article of the Church of England: “The Son, which is the Word of the Father, begotten from everlasting of the Father, the very and eternal God, and of one substance with the Father, took man’s nature in the womb of the blessed virgin of her substance: so that two whole and perfect natures, that is to say, the Godhead and the manhood, were joined together in one Person, never to be divided, whereof is one Christ, very God and very man.” This is a most valuable declaration. This is “sound speech, which cannot be condemned.”

But while we do not pretend to explain the union of two natures in our Lord Jesus Christ’s Person, we must not hesitate to fence the subject with well-defined cautions. While we state most carefully what we do believe, we must not shrink from declaring boldly what we do not believe. We must never forget that though our Lord was God and man at the same time, the divine and human natures in Him were never confounded. One nature did not swallow up the other. The two natures remained perfect and distinct. The divinity of Christ was never for a moment laid aside, although veiled. The manhood of Christ, during His life-time, was never for a moment unlike our own – apart from sin – though by union with the Godhead greatly dignified. Though perfect God, Christ has always been perfect man from the first moment of His incarnation. He that is gone into heaven, and is sitting at the Father’s right hand to intercede for sinners, is man as well as God. Though perfect man, Christ never ceased to be perfect God. He that suffered for sin on the cross, and was made sin for us, was “God manifest in the flesh.” The blood with which the church was purchased is called the blood “of God” (Acts 20:28). Though He became “flesh” in the fullest sense when He was born of the virgin Mary, He never at any period ceased to be the Eternal Word. To say that He constantly manifested His divine nature during His earthly ministry would, of course, be contrary to plain facts. To attempt to explain why His Godhead was sometimes veiled and at other times unveiled, while He was on earth, would be venturing on ground which we had better leave alone. But to say that at any instant of His earthly ministry He was not fully and entirely God is nothing less than heresy.

The cautions just given may seem at first sight needless, wearisome and hair-splitting. It is precisely the neglect of such cautions which ruins many souls. This constant undivided union of two perfect natures in Christ’s Person is exactly that which gives infinite value to His mediation, and qualifies Him to be the very Mediator that sinners need. Our Mediator is One who can sympathize with us because He is very man. And yet, at the same time, He is One who can deal with the Father for us on equal terms because He is very God.

It is the same union which gives infinite value to His righteousness, when imputed to believers. It is the righteousness of One who was God as well as man.

It is the same union which gives infinite value to the atoning blood which He shed for sinners on the cross. It is the blood of One who was God as well as man.

It is the same union which gives infinite value to His resurrection. When He rose again, as the Head of the church, He rose not as a mere man, but as God.

Let us leave the subject with feelings of deep gratitude and thankfulness. It is full of abounding consolation for all who know Christ by faith, and believe in Him.

Did the Word become flesh? Then He is One who can be touched with the feeling of His people’s infirmities, because He has suffered Himself, being tempted. He is almighty because He is God, and yet He can feel for us because He is man.

Did the Word become flesh? Then He can supply us with a perfect pattern and example for our daily life. Had He walked among us as an angel or a spirit, we could never have copied Him. But having dwelt among us as a man, we know that the true standard of holiness is to “walk even as He walked” (1 John 2:6). He is a perfect pattern because He is God. But He is also a pattern exactly suited to our wants because He is man.

Click the link below to go to the renewal page. 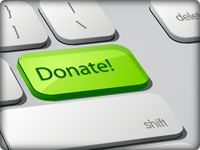 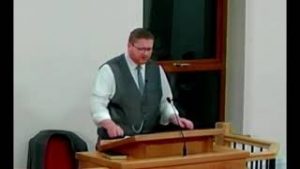 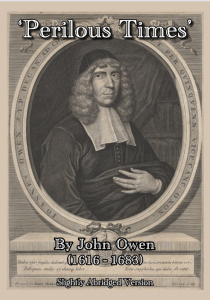 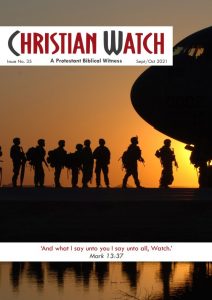 THE DESIRABILITY OF KEEPING TO THE AUTHORISED VERSION OF THE BIBLE 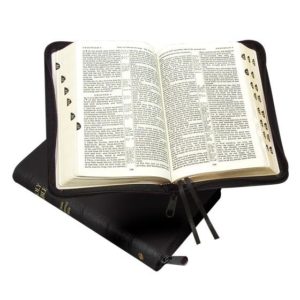 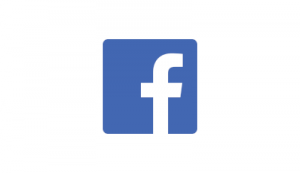