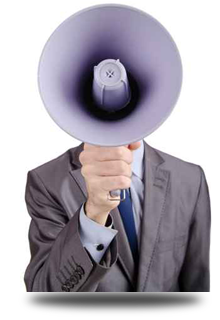 Christian Watch began as a movement confined to the British Isles but has now with the Lord’s help, gained members and colleagues in a number of countries, including Nigeria, Singapore, Malta, South Africa, Zimbabwe and the United States of America.

Some condemn us for getting involved in politics, which we consider to be a misguided observation. God has ordained and put into place all powers and authorities and we have at the present time the rulers we deserve, because of our rejection of Biblical truths and standards.

However, the people of God always have a duty to stand up for righteous issues in godless nations. Our first duty is to our God. Where a government, a people or a law is against the Word of God, we have a duty to make this fact known. Did not John the Baptist get into trouble for pointing out the evil of Herod taking his brother’s wife? All the prophets spoke out in their day and many were persecuted for it.

We do not seek to exalt our name or our organisation but we trust the Lord to guide us and prosper what we endeavour to do for the spiritual good of our nation and to help and support those in other countries who share our concerns for the honour and glory of our God, who we desire to serve.

We are thankful for so many Members who are actively supporting our work in a variety of ways. It is a privilege to be able to assist, even in some small way, in the Lord’s service and those who for various reasons are not able to provide tangible support, we trust will support us with their prayers. We rely upon the Lord alone and are thankful for all who He constrains to join us in this work.

Daniel was a lone voice on the night of Belshazzar’s feast – but Daniel was true to the Lord and despite his position did not attend this feast. Elijah was the lone prophet of God against the 450 prophets of Baal. Jeremiah was a lone voice, and was persecuted for his stand for the Lord. Gideon continued trusting in the Lord as his army was reduced from many thousands to a mere three hundred. Did the Lord God fail any of them? No and He never will fail those who put their trust in Him.

Our final example is our Lord Jesus Christ who was harassed by the Pharisees who constantly tried to trick him, accusing him of various things. Eventually by inciting the rabble, they called for his crucifixion. They thought they had won, but proved that God is supreme. The testimony of our Lord’s resurrection, together with the witness of so many Christian martyrs in the last two thousand years, confirms this fact.

Christian Watch endeavours to be active in defending the reformed Protestant faith and in keeping its Members informed of unscriptural developments in the nation. It also provides some spiritual material for the benefit and encouragement of members who experience a famine of the ministry of the Word of God in their areas.