VE Day and the Providence of God 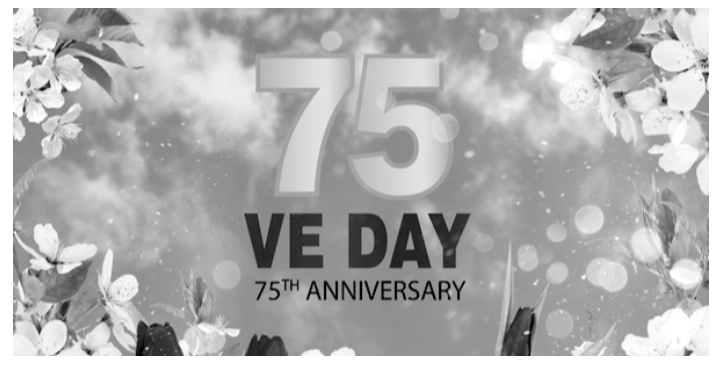 ADOLF Hitler committed suicide in his Berlin bunker on April 30, 1945. On May 4, at Luneberg Heath in Lower Saxony, representatives of the armed forces of the Third Reich went to General Montgomery’s headquarters and signed a paper accepting the Allies’ terms of unconditional surrender. The German delegation was led by Generaladmiral von Friedeburg, Commander-in-Chief of the German Navy.

On May 8, Prime Minister Winston Churchill addressed the Speaker of the House of Commons and requested that the House adjourn in order to cross the road to St Margaret’s Church to give thanks to God for the rescuing of the nation. Later that day King George VI went out on to the balcony of Buckingham Palace and again offered thanks to the Lord, as he addressed the crowds in front of him.

That same evening the King further addressed the nation, and concluded his speech stating, ‘In the hour of danger we humbly committed our cause into the hand of God and He has been our strength and shield. Let us thank Him for His mercies and in this hour of victory commit ourselves and our new task to the guidance of that same strong hand.’

So the Head of State and the most senior politician in the land publicly recognised the providence of God in bringing victory. Let us make no mistake, their reference was not to some vague notion of the divine, so as to embrace all faiths, but explicitly to the Trinitarian God who manifests Himself in Jesus Christ.

The Sunday following VE Day, May 13, 1940, was a national day of thanksgiving, and well-attended special services were held throughout the country. In one such service at Wells Cathedral the Bishop of Bath and Wells laid special emphasis on the dire predicament with which Britain was confronted in 1940, standing alone against a powerful enemy. The Bishop recognised that the final victory in 1945 would not have been possible without the crucial God-given mercies of 1940, namely the rescuing of so many soldiers from the beaches of Dunkirk, Hitler’s failure to invade after Dunkirk when the country was at its weakest, and the outcome of the great aerial Battle of Britain in the late summer of that year.

So the foundations for final victory in Europe were laid in 1940. In God’s providence Britain’s survival then, at the beginning of the war, meant that there remained a base from which to build and carry on the fightback against the evils of Nazism. The Lord had a purpose for our nation, and even politicians and journalists in the 1940s were not afraid to speak publicly of His hand in the unfolding of events. Lord Beaverbrook, the Minister for Aircraft Production (1940-41), for example, offered Job 38:11 as an explanation for Britain’s freedom from invasion immediately after Dunkirk.

The Bible teaches in many places that it is God who brings nations down, or who alternatively causes them to prosper (e.g. Jeremiah 18:1-10). The issue is whether they are honouring Him or not. A people with no understanding of providence have little spiritual resources with which to deal with a national crisis, such as war or a pandemic. All they can do is bow down before the State and its institutions.

Britain today must return in repentance and faith to Christ, the King of kings, instead of carrying on with the blatantly anti-Christian trajectory of public life which has been so prevalent in recent decades. This will be the best way to honour the sacrifice and achievements of the generations who went before us.